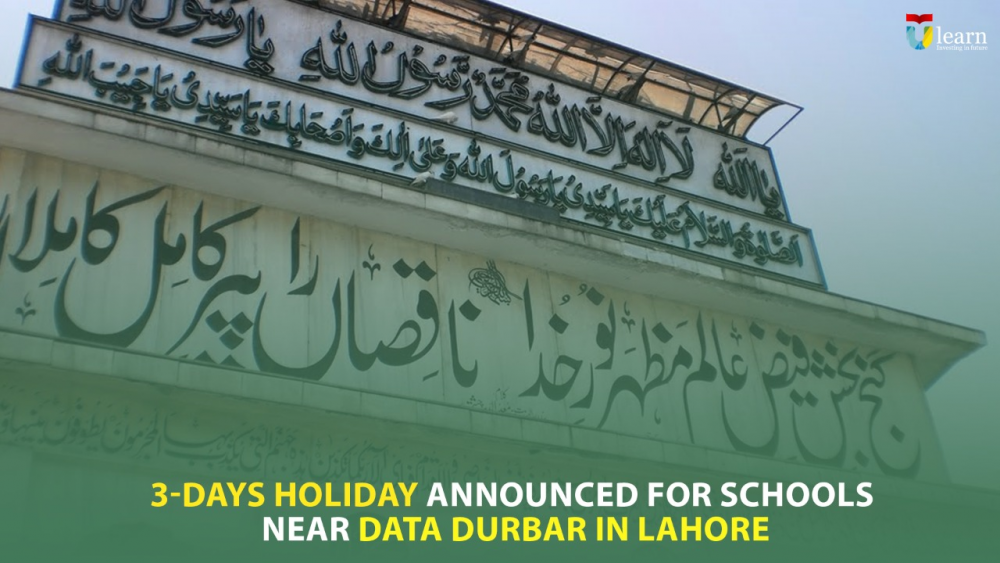 3 Days Holiday Announced for Schools near Data Durbar in Lahore

During the 979th Urs celebrations of the revered Muslim mystic, Hazrat Ali Hujwiri (Data Ganj Bakhsh). A three-day break has been announced for schools close to Data Darbar in Lahore from September 15 to 17.

To maintain security as a big number of people from throughout the nation arrive for the Urs, the roads leading to the shrine were sealed with containers and other barriers.

Additionally, other adjacent institutions including the Government Muslim High School No. 2 in Civil Lines, the Government Higher Secondary School on Ravi Road, and others will be shuttered during this time. Please take note that school activities will resume on Monday.

Known for penning the Kashf al-Mahjub, Shaykh Syed Ali al-Hujwiri was an 11th-century Persian Sunni Muslim mystic and preacher from Ghazna in Afghanistan (Unveiling of the Hidden). Every year, His Urs falls on the 20th and 21st of the Islamic month of Safar.