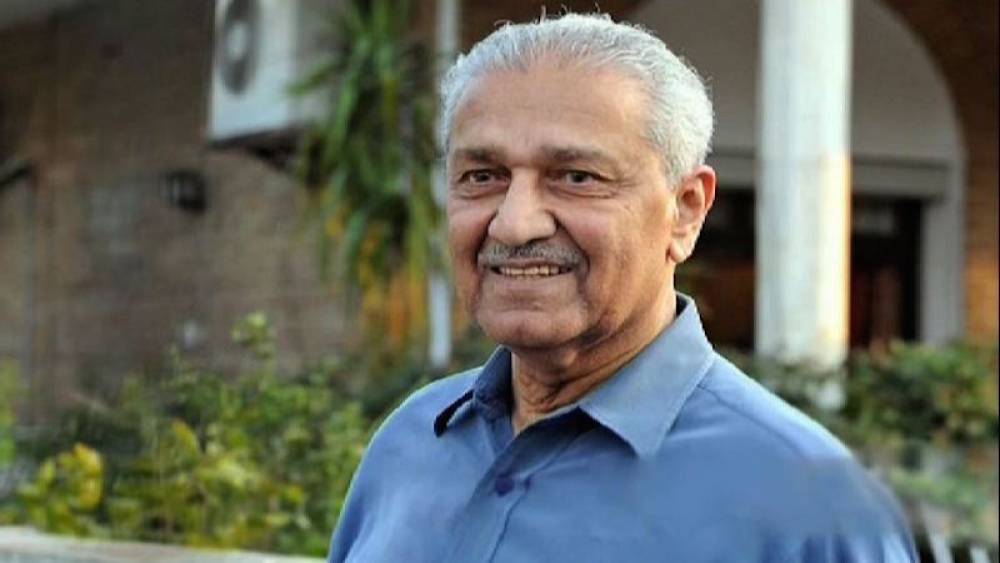 The father of Pakistan’s bomb, Dr Abdul Qadeer Khan, met a lawyer two days before his death. He wanted to challenge the “flawed” MDCAT 2021.

A video obtained by SAMAA TV revealed that the nuclear scientist was planning to challenge the results in the high court on Monday [October 11]. “The MDCAT has destroyed the lives of the thousands of students,” he told Advocate Waqas Malik, the lawyer who was supposed to file the petition on Dr Khan’s behalf.

He was disappointed at the government’s treatment of young doctors across the country. Dr Khan signed the petition as well. It states that the MDCAT 2021 should be declared null and void.

Medical students across the country have been protesting against the medical and dental admission tests. The PMC, recently, announced that around 65% of candidates failed to pass the exams this year.

Unfortunately, the “Mohsin-e-Pakistan” passed away on Sunday, leaving the nation grieving. It is now unclear if his family will pursue the petition or not.

According to PTV, Dr AQ Khan collapsed. Earlier in August, he was moved to a hospital after contracting Covid.

The scientist was given a state funeral at the Faisal Mosque after which he was buried at Islamabad’s H-8 graveyard.