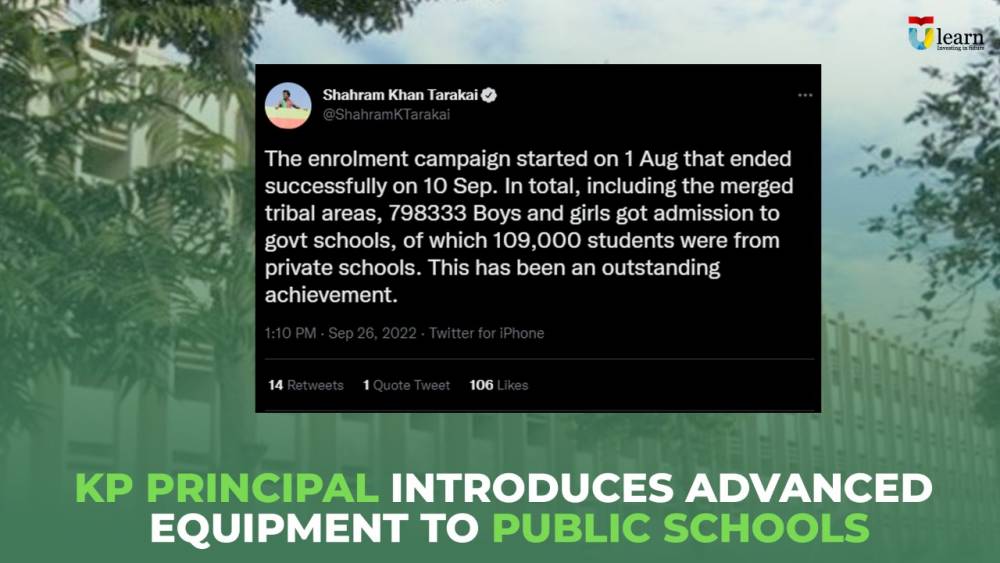 A principal of a public school in Khyber Pakhtunkhwa (KP) has helped his school to outperform private schools by providing his students with modern facilities such as air-conditioned classrooms, solar panels, and lockers. refrigerator and microwave.

Pervez Marwat, Principal of Gulbehar Government High School, has achieved all this to develop the school into a model school with state funding.

He said most public school principals and teachers are not spending their money properly, even though they get all the basic facilities from the government.

No one can identify the difference between his students and students from private schools, according to Marwat.

As a result, Government High Secondary School Gulbahar serves as evidence that even a government institution may offer an education of a caliber comparable to that offered by private institutions by using resources fairly and responsibly.

According to the province's Minister for Elementary and Secondary Education, 798,333 boys and girls have enrolled in government schools as part of the "Parhega to Barhega Khyber-Pakhtunkhwa" enrollment campaign. The campaign started on August 1 and ended successfully on September 10, 2022.