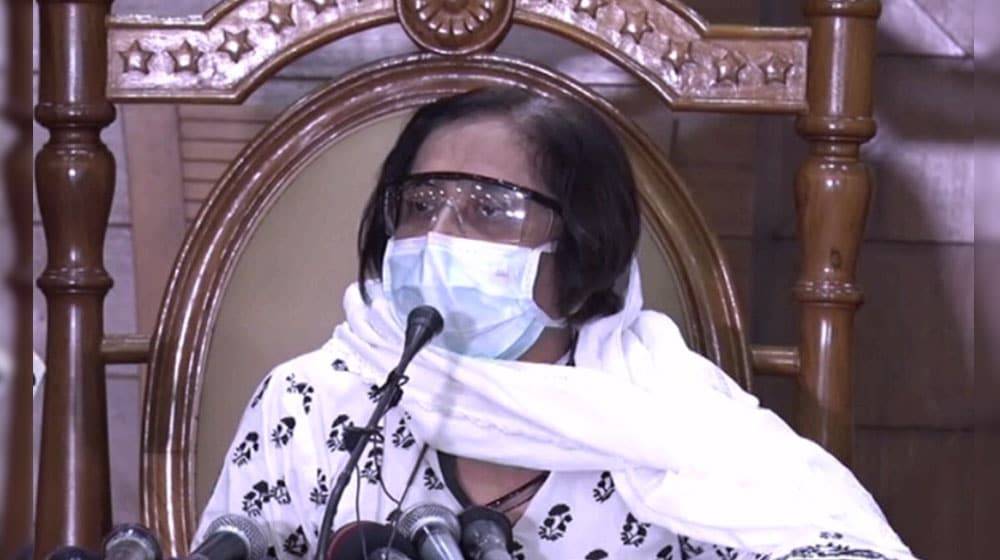 Sindh Health Minister, Dr. Azra Pechuho, has called on the Pakistan Medical Commission (PMC) to reduce the minimum passing criteria of the Medical and Dental College Admission Test (MDCAT) from 65 to 50 marks for the medical students of Sindh.

In a letter to the commission, the provincial minister said that the move is necessary for admissions in public and private medical and dental colleges in Sindh, otherwise, most seats will remain vacant this year.

PMC had previously clarified that it would not allow the provinces to lower the merit to fill these seats in the private medical colleges with ‘rich but less deserving candidates. It suggests that the provincial governments support those students who met the passing criteria but could not afford education.

However, in a recent letter to the PMC President, Dr. Arshad Taqi, on Wednesday, Dr. Pechuho said that the MDCAT was based on the federal curriculum and was held on different dates for different candidates.

“As each province has its own board and its own curriculum, this has put students appearing from Sindh at a disadvantage and clearly violated the right for equal opportunity.”

She maintained that the last year’s closing percentage for the MDCAT was 60, and many candidates from Sindh could not meet the criteria.

“As a result, 492 seats in Sindh medical and dental colleges remained unfilled,” the minister said, adding that the bare minimum passing criteria has been raised from 60 to 65 percent for this year.

“Of the 68,680 students who appeared in MDCAT from Sindh, only 7,797 passed the test against 5,490 seats, and it is feared that most of the seats in private medical and dental colleges will not be filled, resulting in a shortage of doctors in Sindh in the coming years,” she warned.

She said that she has held meetings with the Vice-Chancellors of public medical and dental universities and the representatives of the Pakistan Association of Private Medical & Dental Institutions (Sindh Chapter) twice in this regard.

The meetings decided that in order to fill all the seats of public and private colleges, the passing percentage should be slashed to 50 from 65.

“During these meetings, it was decided to submit such a proposal to the president of the Pakistan Medical Commission for necessary action at their end. In this regard, a committee representing the government of Sindh and PAMI (Sindh chapter) will approach your good self in person to discuss the proposal in detail and reach a consensus in the manner.”

She urged the PMC president to consider this proposal in the best interest of medical and dental colleges and universities of Sindh and hoped that the commission would allow them to lower the merit.

President PMC, Dr. Arshad Taqi, on the other hand, said that all these seats of Sindh medical colleges can easily be filled with students having provincial domiciles. He explained that around 7,500 to 8,000 candidates in Sindh had obtained passing marks in the MDCAT 2021 against 3,000 seats in the medical and dental colleges.

“All the seats in Sindh’s medical and dental colleges can be filled with candidates holding the provincial domicile, but we cannot allow lowering the merit to accommodate undeserving candidates,” he added.