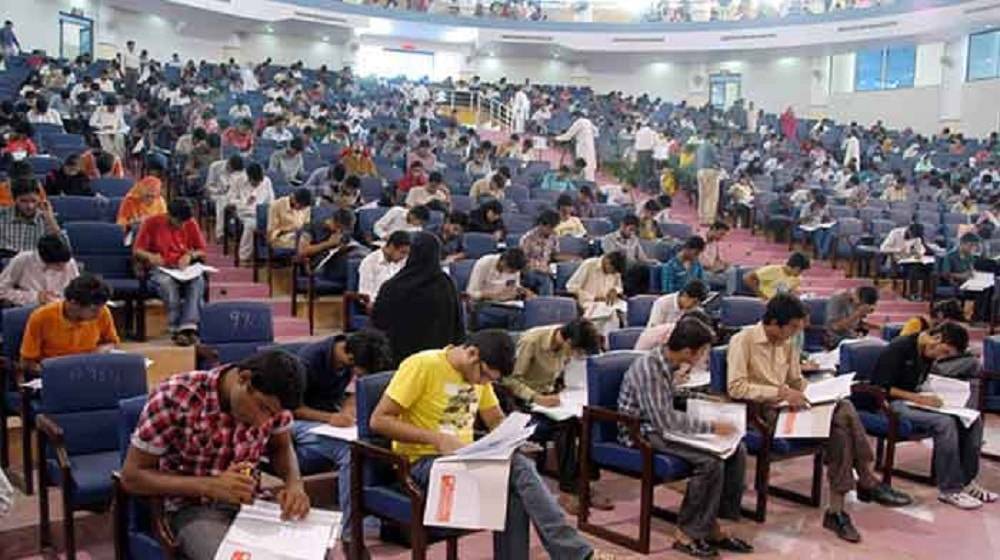 PMC Ordered to Blacklist the Company Which Conducted MDCAT

Blacklist the Company Which Conduct NMDCAT

The National Assembly Standing Committee on National Health Services, Regulations, and Coordination has directed Pakistan Medical Commission (PMC) to blacklist the testing firm that conducted the Medical and Dental Colleges Admission Test (MDCAT) 2021 and re-conduct the test through renowned universities.

The NA panel meeting, held with Khalid Hussain Magsi in the chair on Wednesday, discussed the prevailing issues of PMC and MDCAT in detail. The committee was of the view that the irregularities were reported in the MDCAT test conducted by the firm which had no past experience.

Out of 196,000 students, only 68,000 passed the test, and 20,000 seats were available in the private and public sector medical colleges, the committee was informed.

The committee considered “The Drug Regulatory Authority of Pakistan (Amendment) Bill, 2020″ (Private Members Bill). It was informed that the Bill was referred by the Senate and, after completing the 90 days period, the Bill lapsed, while it was now considered in the joint sitting of the Parliament.

The committee deferred “The Islamabad Injured Persons Compulsory Treatment Bill, 2021” (Private Members Bill) and “The Drug Regulatory Authority (Amendment) Bill, 2021” (Private Members Bill) due to the absence of their movers. It also deferred discussion on the problems of admission faced by the medical students of erstwhile FATA (Federally Administered Tribal Areas).