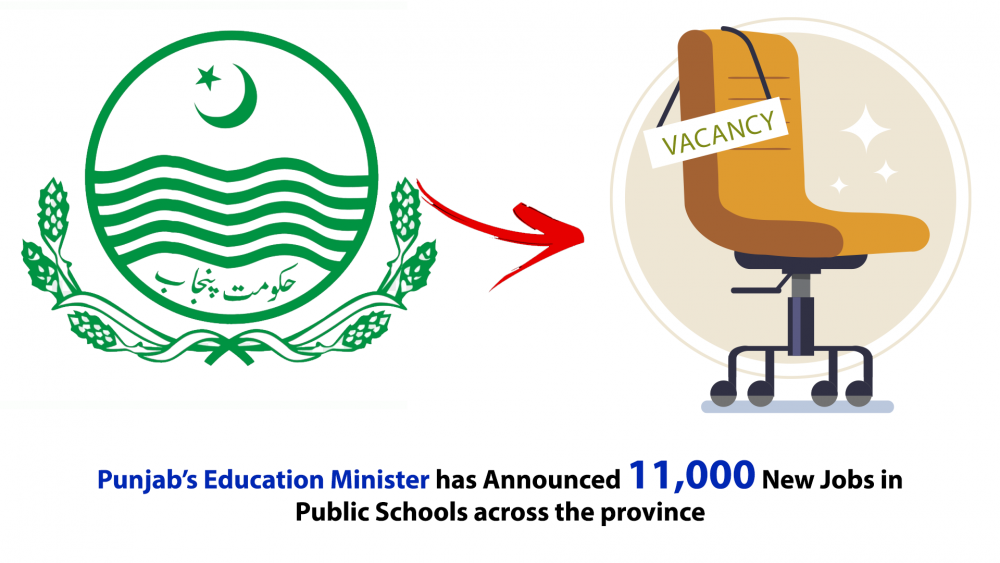 Punjab’s Education Minister has Announced 11,000 New Jobs in Public Schools Across the Province

The Punjab government is announcing a large number of jobs for non-teaching staff in public sector educational institutions in the province. This is the provincial government's latest education-related announcement. Taking to Twitter on the matter, Punjab Education Minister Dr. Murad Raas wrote a summary of the recruitment of more than 11,000 jobs (BS-01 to BS-04) for non-teachers in the Department of School Education (SED). Launch, Sign, and Enhance. The minister added that at this stage job opportunities should be created for as many citizens as possible. On Tuesday, the Punjab government announced thousands of vacancies for teachers in public education institutions across the province. Dr. Murad Raas also took to his Twitter to announce that  more than 16,000 educators have published, signed and distributed the recruitment outline. Dr. Murad added that he is grateful to Allah for allowing the current government to create employment opportunities for the people of the province. On Monday, the Punjab government decided to officially certify thousands of teachers in public sector education institutions, finally granting one of the  long-standing demands of teachers. Dr. Murad Raas also said on Twitter that 14,000 state teachers have initiated, signed and improved the regulatory outline. The minister added that the current provincial government has promised  to regulate teachers and has finally kept its promise. He said more good news for teachers is coming soon.