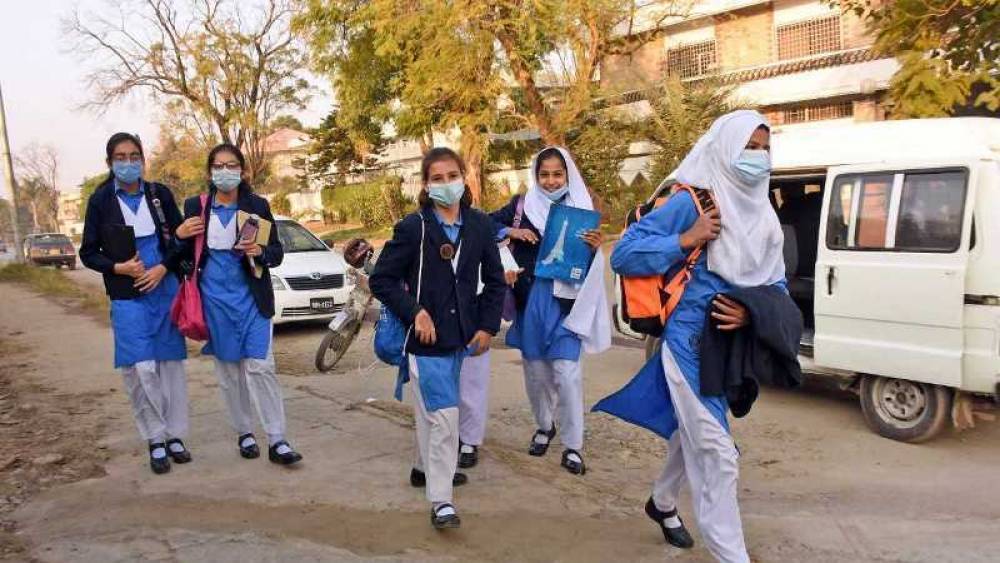 The public and private schools in the “summer zone” of the Balochistan province will begin winter vacations from December 25 till January 4.

According to the notification, schools in the “winter zone” are closed till February 28, 2022.

Earlier in the day, the National Command and Operation Centre (NCOC) announced winter vacations from January 3 except for the areas affected by extreme weather conditions.

Taking to Twitter, Minister for Education Punjab Murad Raas announced that the winter vacations for schools across the province would commence from December 23 to January 6, 2022.

“All public and private schools of Punjab to remain closed for winter vacation starting December 23rd,” he said.

The provincial education minister urged people to get vaccinated and follow SOPs issued by the government.

Dense layers of fog and smog have descended over Punjab crippling everyday life in the province.

Weather experts say both smog and fog are likely to persist in Punjab and possibly get worse in the days to come.

Sindh government, on the other hand, has announced the vacations from December 20.

The province will have a total of 16 holidays.

During a meeting on Friday, Federal Planning Minister Asad Umar observed that millions of students in the country remain unvaccinated, and data suggests that children may be susceptible to coronavirus infections.

During today’s NCOC session, it is decided that Winter vacation in education sector will start from 3rd January 22 apart from Fog / Smog hit districts of Pakistan. Federating units will issue notifications accordingly.

“The decision has been taken to maximise vaccine uptake amongst students at educational institutions, which can be best achieved when schools are open,” the forum stated in a press release.

Umar has urged parents to get their children vaccinated at the earliest to protect them and those around them. In the light of the Omicron variant and an upsurge in its cases, it will prudent to schedule winter vacations in Pakistan in January to coincide with the potential uptick of cases.

“This will allow for minimal disruption of educational calendars if there is a surge in cases.”