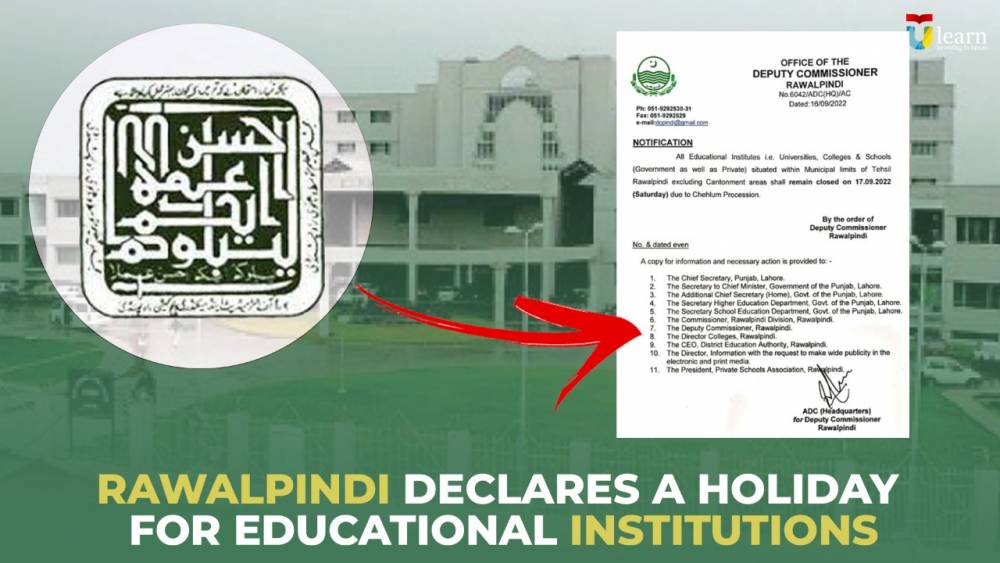 For the Chehlum ceremony, the Deputy Commissioner (DC) Rawalpindi has declared September 17 a vacation for all public and private educational institutions in the tehsil of Rawalpindi.

As of tomorrow, all schools, colleges, and universities in the tehsil of Rawalpindi—aside from those in the cantonment areas—will be shuttered, according to an announcement from the DC Office.

Here is the official announcement: 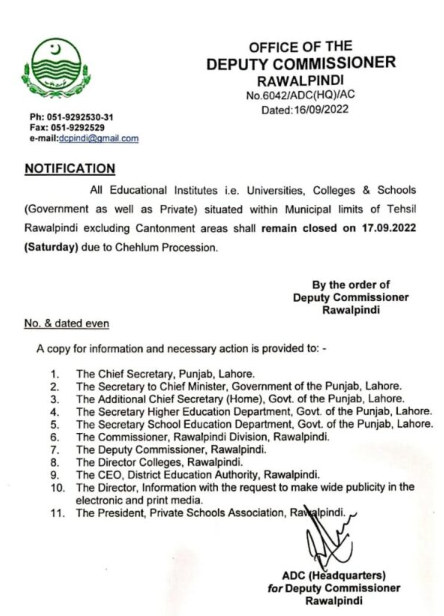 In related news, the Inspector General of Police (IGP) of Sindh Ghulam Nabi Memon has instructed all Deputy Inspector Generals (DIGs) to ensure the execution of a contingency plan, which includes additional security measures for the Chehlum of Hazrat Imam Hussain (RA).

To protect people and property during processions and at key congregational sites, he urged cooperation between the Sindh Rangers and other Law Enforcement Agencies (LEAs).

As an extra measure of security for the Chehlum, the Sindh government has also ordered a ban on pillion riding on September 16 and 17 (19 and 20 Safar) throughout the province.

The order was made to stop any attacks on the religious processions, according to a notification from the provincial Home Department. Section 144 of the Criminal Procedure Code has ordered the ban (CPC).

Journalists, people with disabilities, the elderly, women, security personnel, and children are exempt from the restriction.