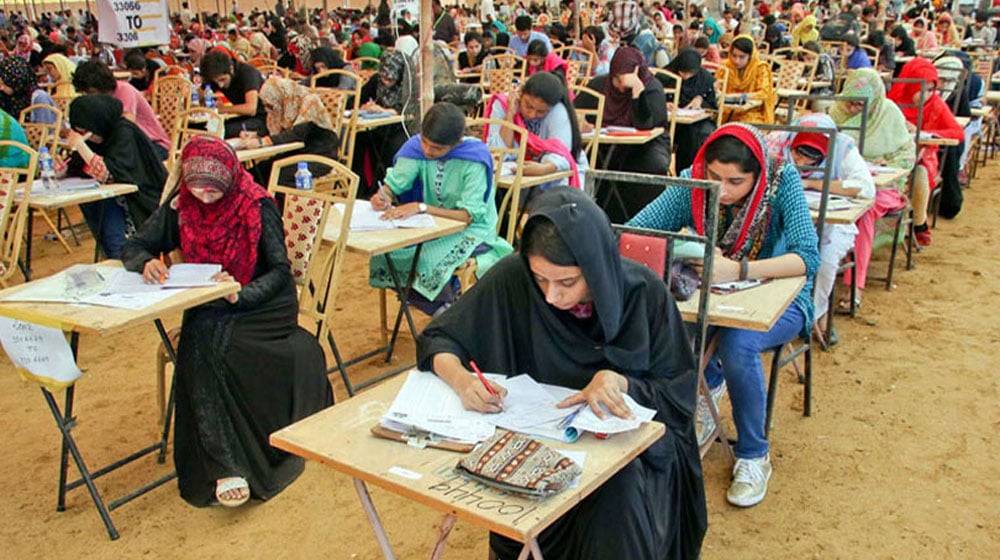 Universities and colleges across Punjab are considering introducing a new policy for granting admissions to the students who received full or high marks in matriculation and intermediate examinations this year.

Speaking in this regard, Registrar Punjab University (PU), Dr. Khalid Khan, said that the institute will adhere to an open merit policy for granting admissions in BS programs.

He added that the merit lists would be created on the basis of marks received in matric and inter exams. Since this year’s applicants would have varying marks in matric exams, it would help the university to form merit lists easily.

Vice-Chancellor (VC) University of Engineering and Technology (UET) Lahore, Prof. Dr. Mansoor Sarwar, said that admissions in BS programs will be given on the basis of an entry test like in previous years.

The merit lists would comprise of 70% inter marks and 30% entry test marks, noted Dr. Sarwar, adding that the date of entry test has been extended till 25 October because of the delay in the announcement of this year’s results.

VC Government College University (GCU), Prof. Dr. Asghar Zaidi, said that admissions in BS programs will be granted only to those candidates who would clear the entry test and subsequent interview.

Dr. Zaidi added that students are rightly happy for securing full or such high marks. However, it is only going to decrease the credibility of the country’s education system worldwide in the future.

Director Directorate of Public Instruction Colleges (DPIC) Punjab, Dr. Aashiq Baloch, ensured that public colleges and universities will give admission to all eligible candidates in the BS and inter programs across the province.

He added that DPIC Punjab will start afternoon and evening sessions in colleges where the number of students increases.

Note that this year’s matric and inter exams comprised only of elective subjects under the Promotion Examination Policy of 2021 enforced due to the  Coronavirus pandemic.

Under the policy, the marks taken in elective subjects were proportionately given in compulsory subjects in addition to the 5% extra marks, resulting in hundreds of students securing full marks and thousands receiving unexpectedly high marks.