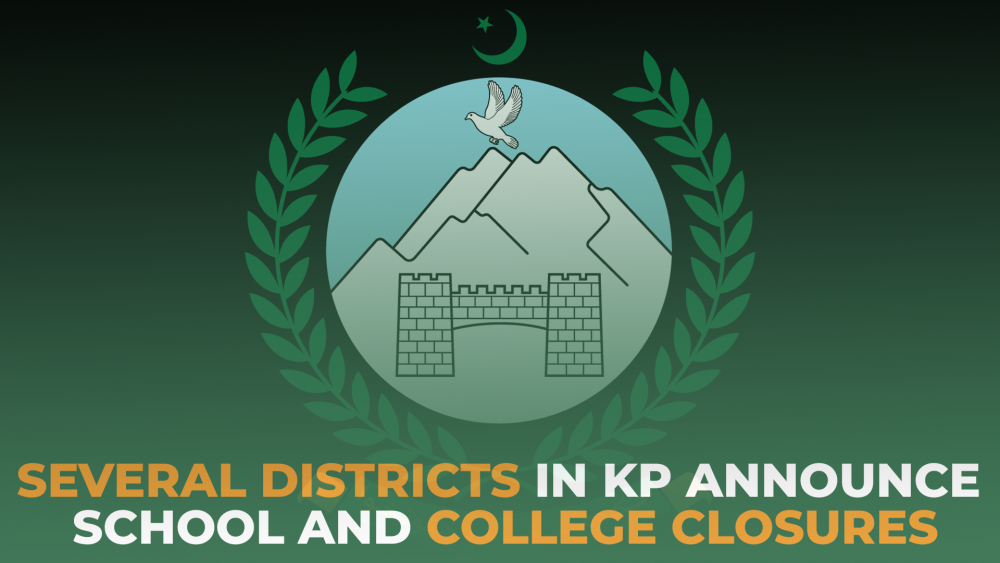 Several districts in Khyber Pakhtunkhwa have announced the closure of all educational institutions due to flooding caused by record monsoon rains.

Dera Ismail (DI) Khan, Tank, Chitral, Swat, and Dir have been advised to maintain the closure of all public and private schools and colleges in their respective districts for several days. As per details, all educational institutions in Chitral will remain closed for 10 days, for 3 days in Tank and 2 days each in DI Khan, Swat, and Dir.

This year's torrential monsoon rains and subsequent floods have devastated KP, killing hundreds of people and damaging infrastructure worth billions of rupees.