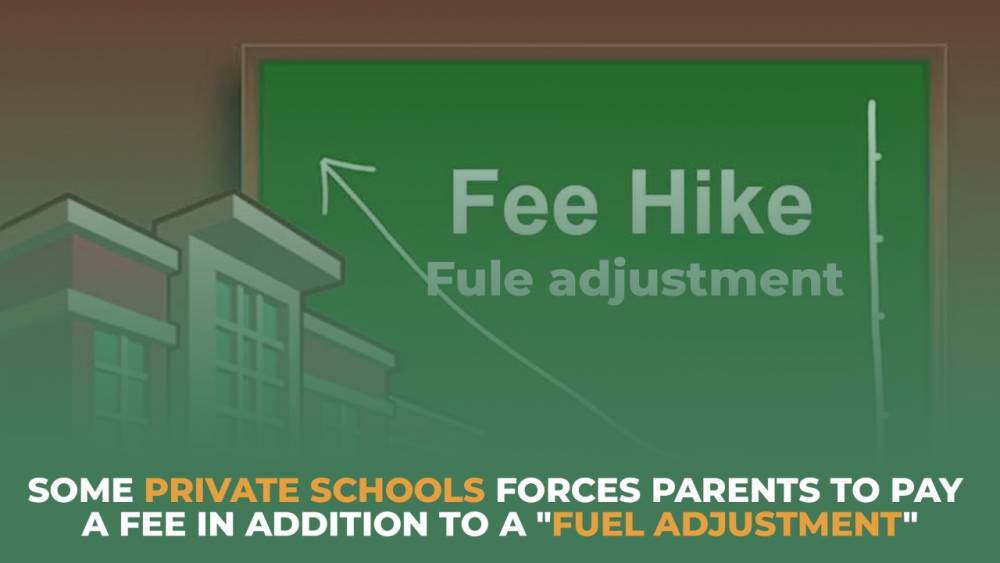 They found another cheeky way to extract money from their parents. This time, some private organizations are including Fuel Charge Adjustment (FCA) in their September fee slips.

According to the private school registration vouchers, parents have to pay FCA ranging from a few hundred to several thousand rupees.

Parents are strongly opposed to this move by private institutions but have no choice but to pay school fees, including the FCA.

Private school and university owners, meanwhile, say load shedding in the hot August weather has forced them to use mostly diesel-powered generators.

Most parents are now paying his September fees, including FCA, according to the owner. Non-FCA fee vouchers will be issued in October as the road shedding situation has improved overall.

At this point, it is worth mentioning that all power companies across Pakistan are facing serious setbacks due to exorbitant FCA on their monthly bills.