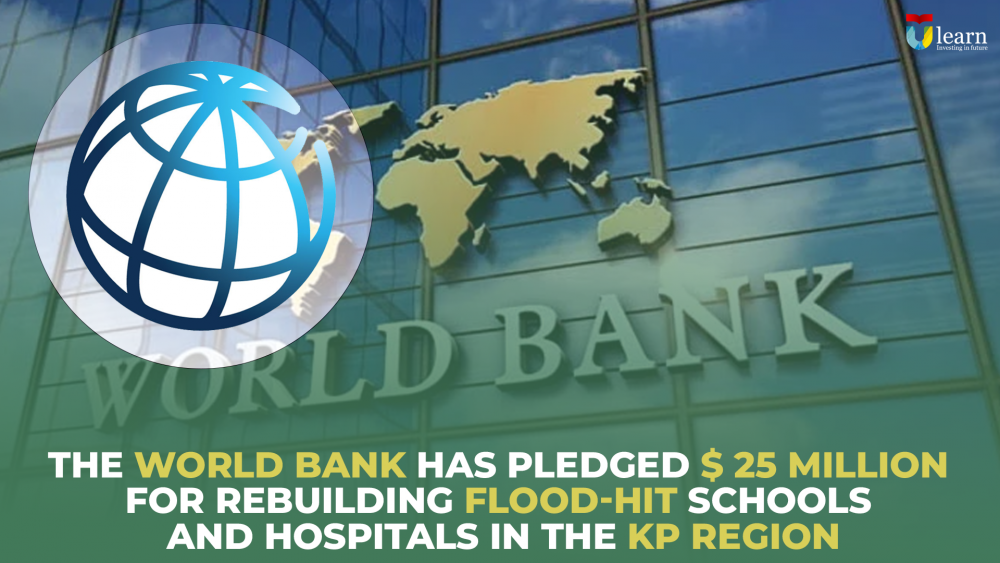 World Bank has revealed that it has provided $25 million to the government of Khyber Pakhtunkhwa (KP) for the restoration of clinics, schools, and institutions damaged by the recent floods.

The World Bank has provided $25 million to reconstruct flood-damaged schools and hospitals in Khyber Pakhtunkhwa. The funds will be provided to the education and health sectors under the Human Capital Investment Project.

According to the Department of Health, 256 medical facilities were damaged, with 56 entirely destroyed and 200 slightly damaged. 33 grassroots medical units, 19 civilian dispensaries, and four rural health clinics were entirely destroyed.

The most severely damaged medical facilities were at Tank, Dera Ismail Khan, Karak, and Kohistan Lower. Some of the medical institutions that have been damaged are in Swat, Dir, North Waziristan, and South Waziristan. Furthermore, the provincial administration is drafting a full assessment on flood damage and the cost of rebuilding demolished buildings. officials stated infrastructure

They also stated that the report will be completed by the end of September and will be distributed to various foreign donors in order to solicit financial and technical assistance for the recovery of flood victims and wrecked infrastructure.