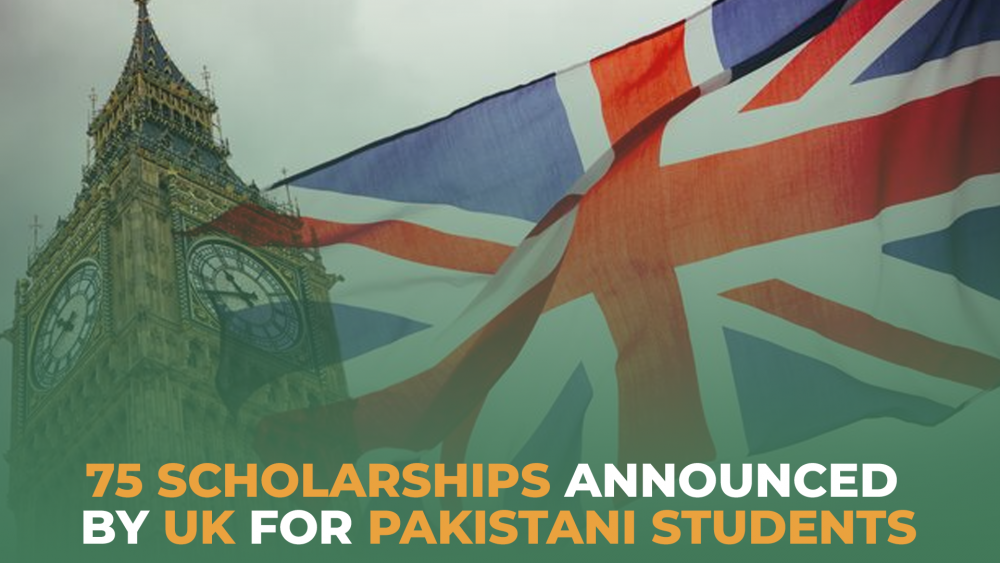 The British High Commission has announced several scholarships for Pakistani students to mark  75 years of relations between Pakistan and the United Kingdom (UK).

Scholarships will be awarded equally to male and female students.

like all UK scholarships, the UK High Commission ensures gender equality in the award process. At least half of these scholarships are awarded to female students.

Alex Ballinger said at the event that these 75 grants will play a key role in helping Pakistan recover from the devastation caused by recent floods.

Ballinger also pledged full support to victims of the most devastating floods in Pakistan's history, adding that the UK stands with Pakistan during this difficult time.