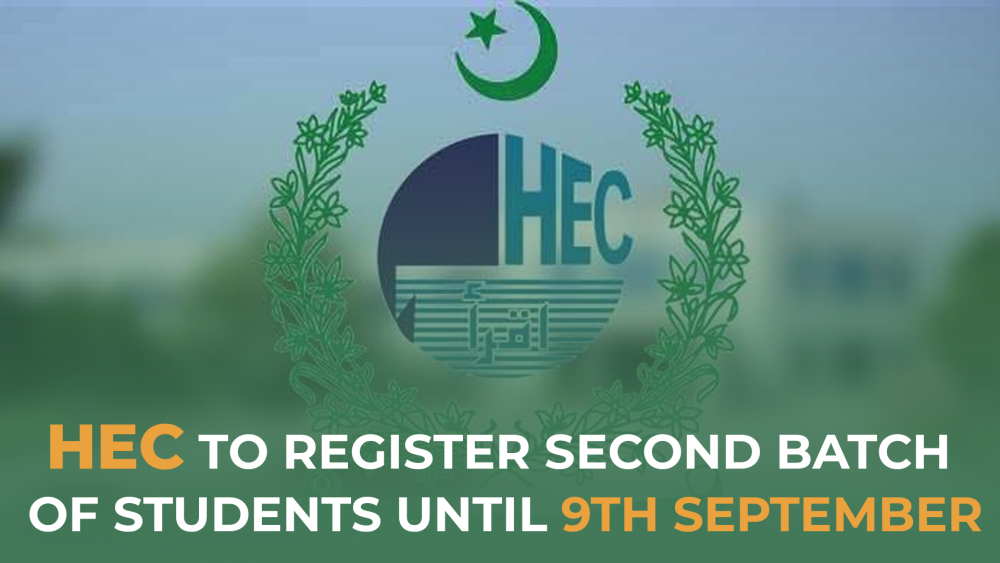 HEC to Register Second Batch of Students until 9th September

The Higher Education Commission (HEC) Education Testing Council (ETC)  has announced that its portal hec.gov.pk will be open until midnight on September 9, 2022, for the second batch of students taking the Undergraduate  Admission Test (USAT). announced that it will remain open for The registration process for Batch-I was completed on  August 19, 2022.USAT for Batch-II is scheduled to take place on  September 18, 2022. It should be mentioned here that the ETC, as announced nationally on  July 24, 2022, has scheduled the USAT on September 4, 2022, for the first batch of students.  ETC will open the online registration portal until  September 9, 2022, to facilitate additional registration for the upcoming USAT Batch-II. Therefore, the Batch II test is scheduled for  September 18, 2022.ETC administers USAT for undergraduate admissions to universities operating across Pakistan.  USAT is modeled after the Scholastic Aptitude Test (SAT)  and covers all known areas of engineering, medicine (Allied Health), IT, management, and social sciences at the entry-level undergraduate level. A student is eligible for admission to all relevant colleges such as the SAT after qualifying in the respective USAT. Students who have achieved a High School Diploma (HSSC) or equivalent / 12th-grade academic performance and students who have appeared in the final exam and are awaiting results can apply for USAT.

ETC orients USAT into six categories based on relevant academic streams, including USAT-E for Pre-Engineering, USAT-M for Pre-Medical, USAT-A for Arts and Humanities, and USAT-CS for Faculty in Computer Science, USAT-GS for General Science and USAT-Com for Commerce.