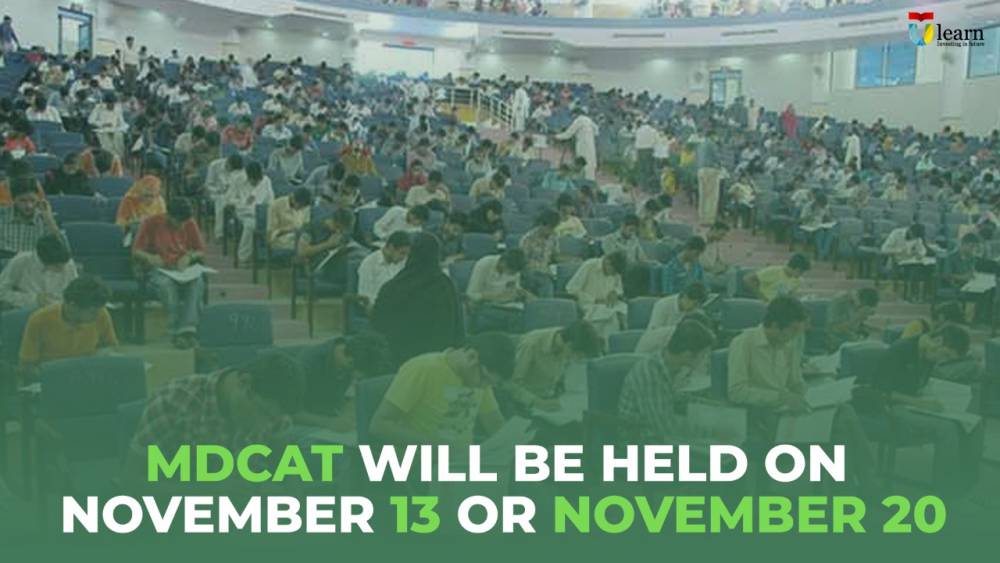 MDCAT will be held on November 13 or November 20

All medical universities in Sindh, Islamabad, and Khyber-Pakhtunkhwa have agreed that the syllabus will stay the same as the one that is available on the Pakistan Medical Commission's (PMC) website. The Medical and Dental Colleges Admissions Test (MDCAT) will be held on November 13th or November 20th simultaneously throughout the country.

Dr. Naushad Ahmed Sheikh, a spokesperson for the PMC and the commission's president, reportedly meets with the vice-chancellors of the provincial medical colleges to discuss the issue.

PMC president met with the vice presidents of the federal capital's medical schools and KP. The plan for successfully administering the test at the provincial level was addressed during the conference.

With the assistance of medical universities, the examination will be held at the provincial level. It is being discussed whether to hold it on November 13th or November 20th this year.It has been decided to hold the test on November 13th or November 20th at all medical universities in Sindh, Islamabad, and KP. The test's syllabus will be the same as that which is posted on the PMC website.

At the same time and on the same day, the PMC will administer a single test to all applicants nationwide. The MDCAT results will then be released seven days later.

It is important to note that the regular MBBS sessions are set to begin in February of next year. The council meeting will ultimately decide on all of the recommendations made at the consultative meeting.

According to the PMC president, 2% of all students enrolled at government medical colleges will be disabled. Students who took the MDCAT last year but received less than 65% of the possible points will need to repeat it this year.