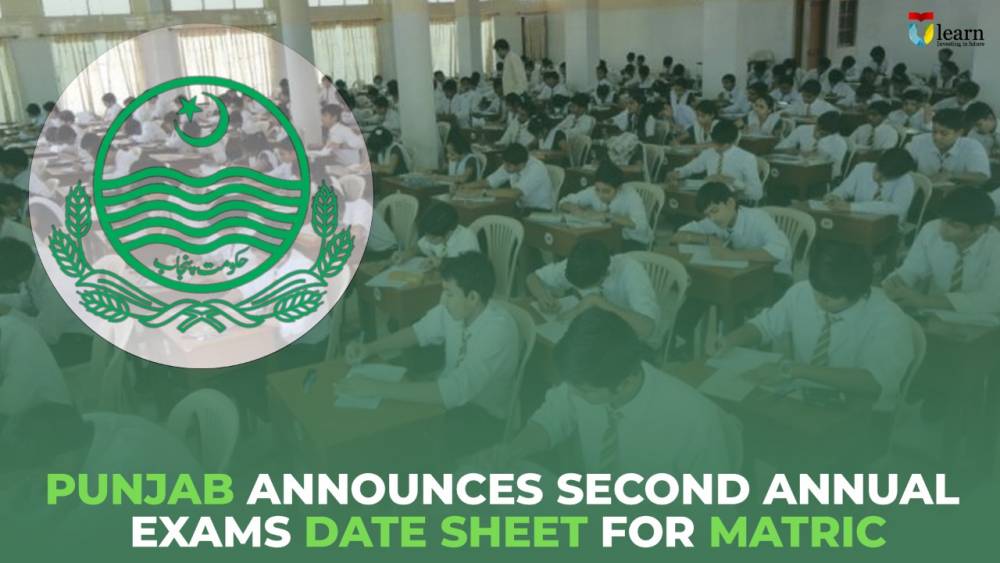 The timetable for the second annual Matriculation Examination has been announced by the Boards of Intermediate and Secondary Education (BISEs) in Punjab.

All BISEs, including Bahawalpur, D.G. Khan, Faisalabad, Gujranwala, Lahore, Multan, Rawalpindi, Sahiwal, and Sargodha, have set the schedule for the second annual exams to assist students who want to enhance their scores or who failed the first annual exams.