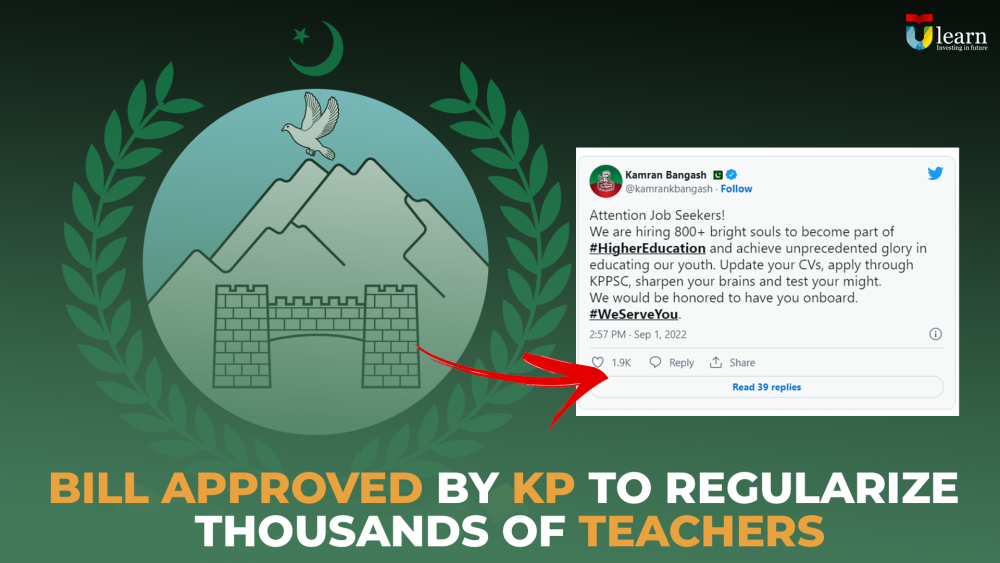 Bill approved by KP to Regularize Thousands of Teachers

According to a bill passed by the provincial assembly, over 38,000 teachers in Khyber Pakhtunkhwa (KP) now have legal status.

The "KP Teachers Appointment and Regularization of Services Bill, 2022" was approved by lawmakers on Monday.

Speaking from the floor of the house, Provincial Minister for Education Shahram Khan Tarakai praised educators and urged them to do their jobs with a dedication to ensure that the next generation is prepared to contribute to the country's progress and development.

In June, the KP government declared its intention to regularise thousands of educators, including university professors and lecturers, as well as hundreds of medical professionals and former FATA project employees.

Over 800 job openings were announced on Twitter by the Minister of Human and Environmental Development, who encouraged young people to apply through the Khyber Pakhtunkhwa Public Service Commission (KPPSC).

Mansehra's District Education Department (DED) has also stated that it will send appointment letters to the hundreds of new instructors it has hired for public schools and universities.